Today, finally, the IOC caved to reality. The Tokyo 2020 Olympics are now going to be the Tokyo 2021 Olympics. Cancelling was too much, no way were they going to have events without spectators, so that was the option left.

Things in New York are getting dire. Today's news has 25k+ cases in that state, which is more than half of all US cases (about 43k). Projected needs for hospital beds there is 140k; currently available beds are 53k.

The markets are happy with an "expected" $2 trillion rescue package from the Feds. Trump is eager to make Wall Street happy because he thinks that will mean his a good president or something. I don't think Trump is really looking at, say, the New York numbers. Also in today's news: the WHO is warning the US will become the next "epicenter" of the disease. 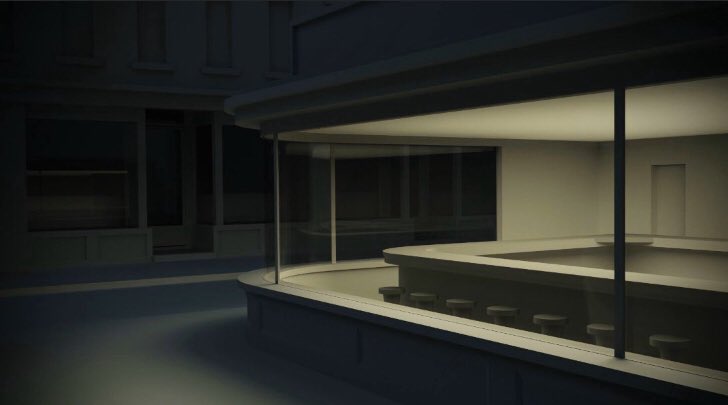 It used to be lively at night. Now everything is shut down early and there's almost no one at the streets, even as early as 10pm. Last night on the dog walk, at around 10pm, it was quieter than the streets on the usual slow days of Thanksgiving and Christmas. I saw only two businesses open: Walgreens and Hot Cookie. All the other places still in business under "restaurants can do take-out" have reduced their hours, most closing 8pm or 9pm now. The bars are all closed, most boarded up. The theatre remains closed. The bookstore that used to stay open until ten is closed. Knobs, self-proclaimed "gayest store in the city," a clothing shop which used to be open until midnight, has joined the boarding-up crowd. Like the dog wash place, they have the curious choice of "boarded-up, but left the lights on". 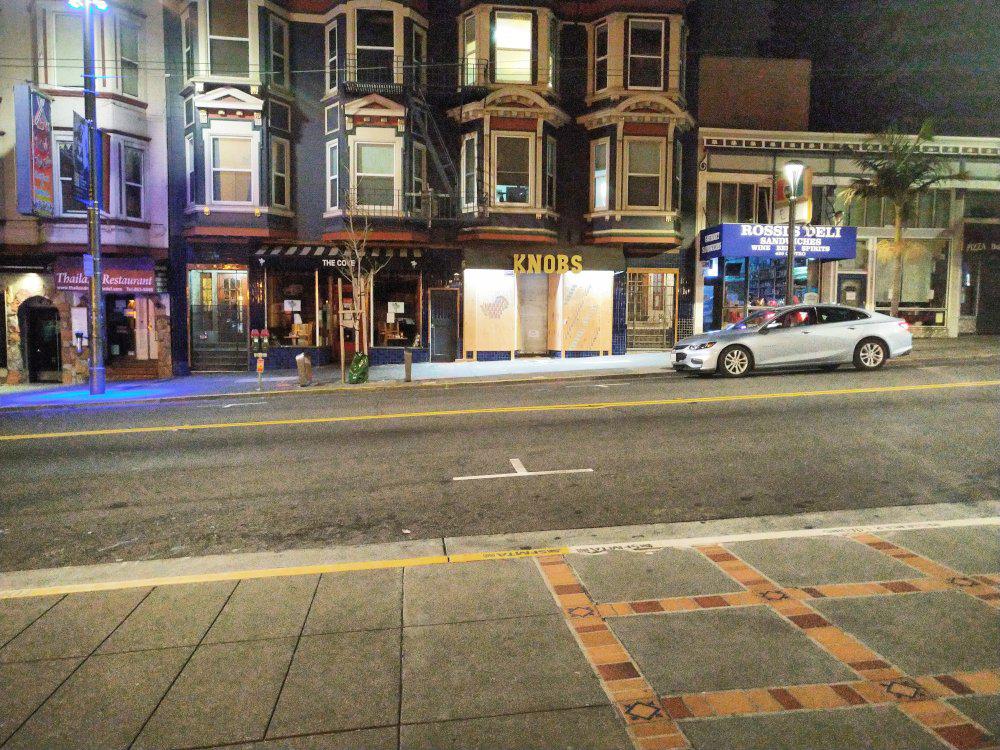 I didn't get close enough to see the decorations on the wood. 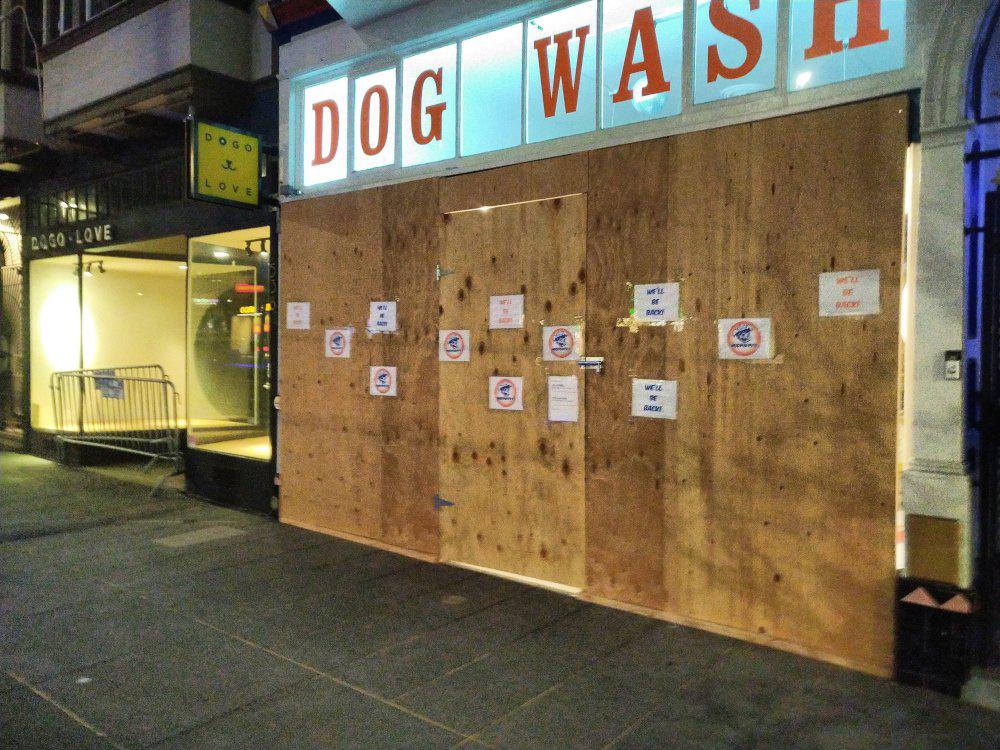 There were a couple of other dog walkers out, a few people hurriedly moving along, and a fraction of the usual homeless population. It's starting to resemble a sleepy suburb now.