Every year I go to the Oakland (California) Museum White Elephant Sale. It's a one weekend per year giant thrift store occupying an entire warehouse. You can find a wide range of stuff there. I generally hit up only a few sections: toys and games, household, electrical, bric-a-brac, hardware, and books. My wife generally looks at clothes, linens (which section includes sewing supplies), bric-a-brac, and household.

This year, right off the bat, I found one of the more better scores of my many visits. In electrical was a large (bigger than a breadbox) wooden box marked "$10" and "Best Offer" and "TRANSFORMER REPAARE KIT / CIRCA 1930 / 10-30 / Rd / Ray". I'm guessing it was a transformer repair kit belonging to Ray, but now it appears to be a very nice box with a bunch of old electrical parts. 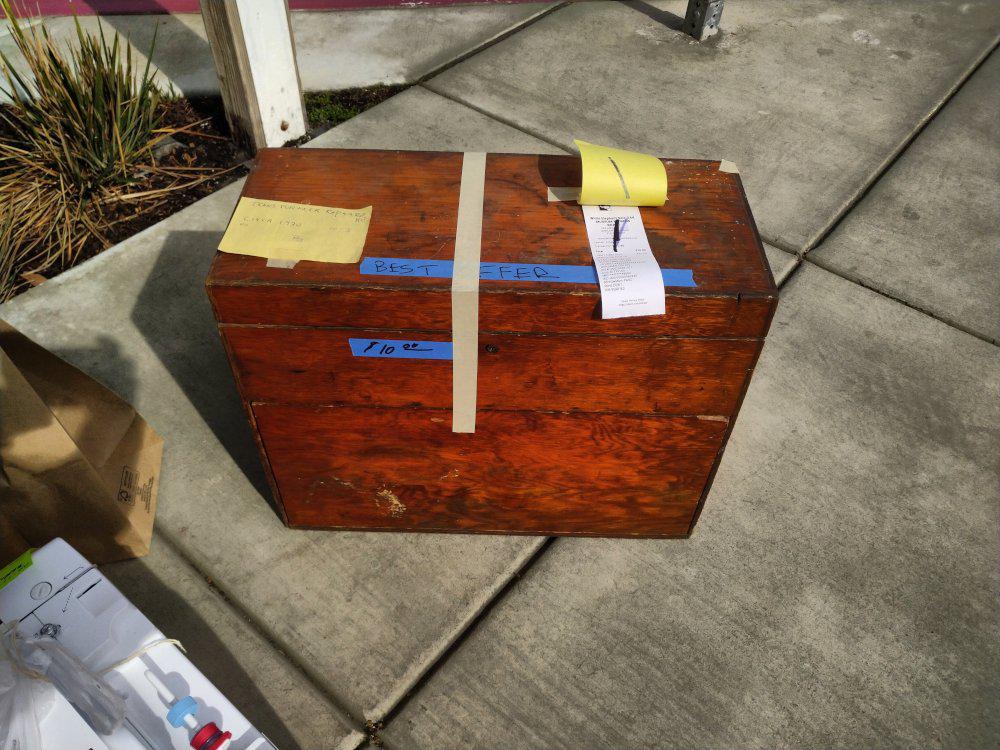 The box closed, just outside the warehouse. 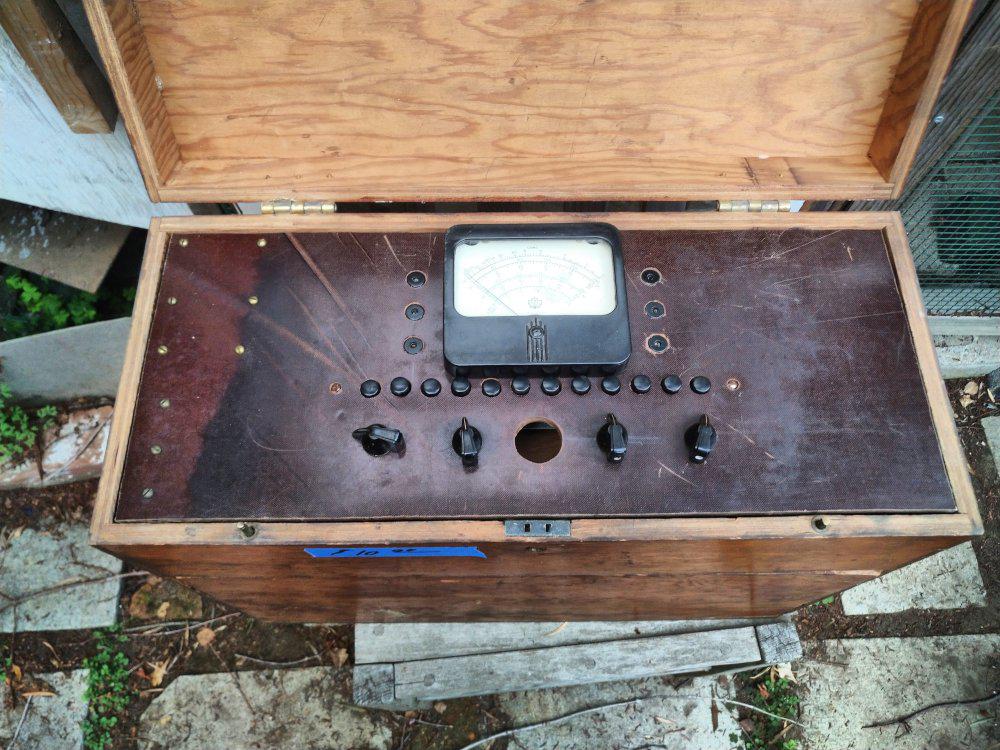 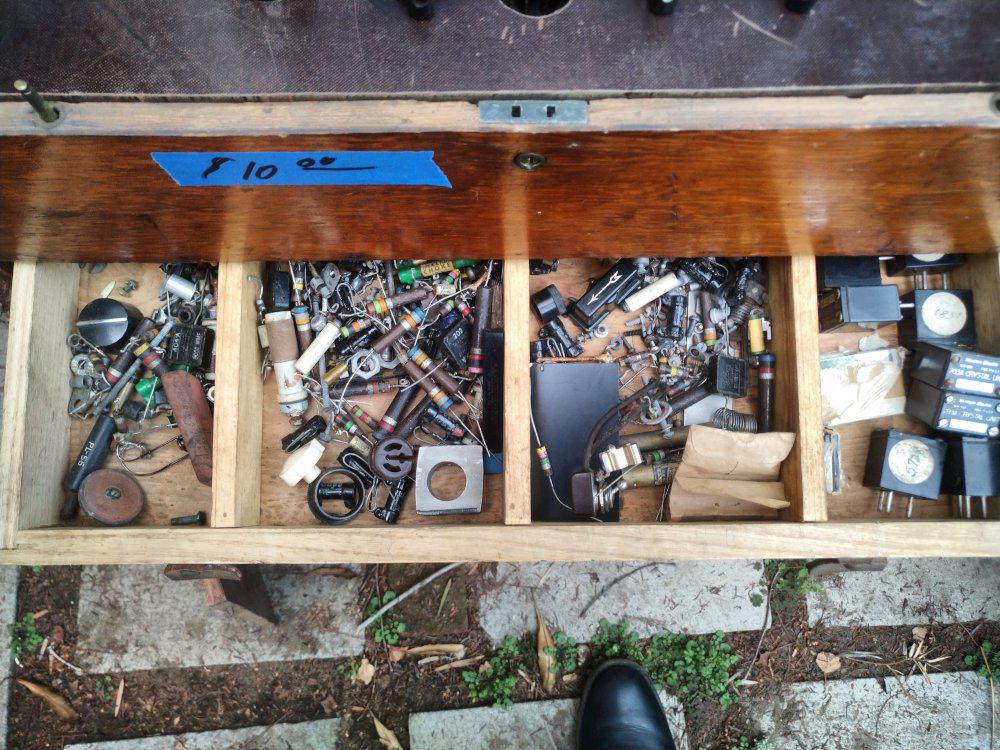 The box front panel removed, and top drawer open. Lots of parts. First compartment has an eraser, a sander for a Dremel-type tool, a spare knob, some resisters, 1/4" plug, and other stuff. Second compartment has a thing that looks like a giant square nut, but is unthreaded; giant resisters; a green choke; another spare knob; and miscellaneous. Third compartment has some switches, an envelope of small screws, giant resisters, another spare knob, a name tag (upside down), a tiny grinding tool in a brass sleeve, various loose screws and stuff. Fourth compartment has some small mirrors wrapped in paper and a bunch of 703A CRYSTAL UNIT things. Probably the crystals are radio related. 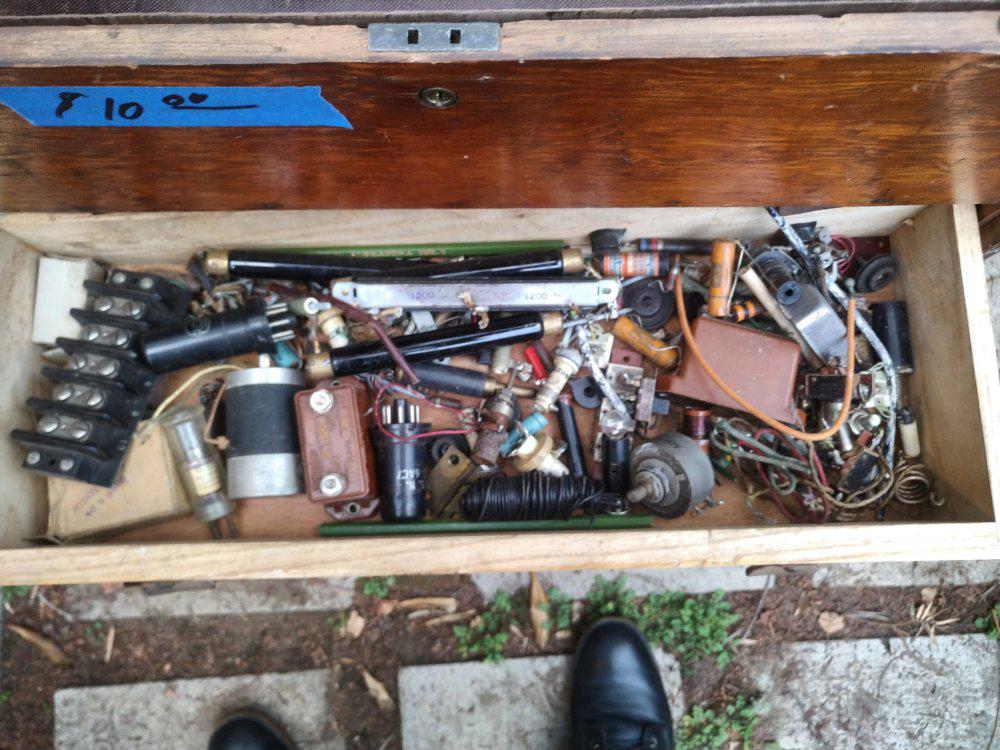 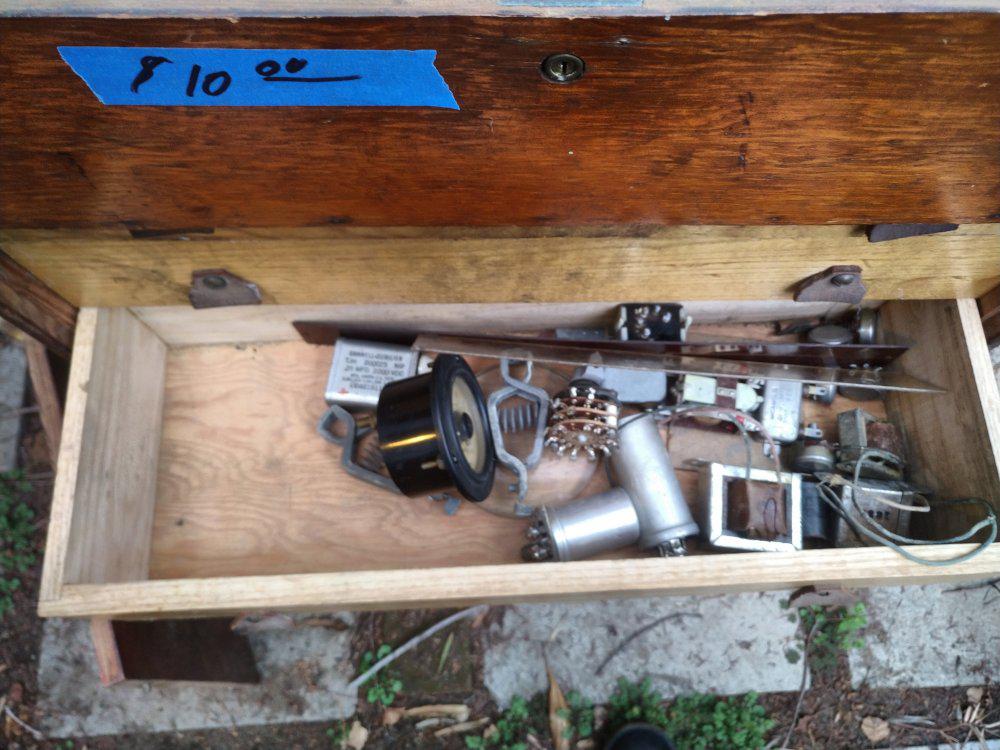 So, I love the box. A few of the parts (eg switches) I'm sure I could use. I don't know if the rest of it is worth anything to anybody.


Primarily a camera store, they also sell typewriters. The connection? An affection for old machines. Many used cameras, and not just the 35mm stuff you find everywhere. Large format. Subminature. Half-frame. 6x6. All that's missing is pictures of the cameras. (Flickr seems to have photos of every collectible camera, but sometimes those are hard to find among the pictures FROM the cameras.)


Online shop for your mannequin needs. I'd probably never buy one new, but they make great dress-up toys for kids.