Today's numbers: New York State has 102,900 reported cases and 2,935 deaths, 562 of those in the last 24 hours. California has 11,000 cases. US overall 257,500 cases and 6,551 deaths. World wide deaths stand at 54,500 and infections at at 1,034,000. It is widely believed all of these numbers are undercounts due to testing shortages and delays. Comparisons of newspaper obituaries, crematorium business, etc, show around twice as many extra deaths than reported covid-19 cases alone.

The Supreme Court reports all justices still healthy, but it is postponing all April oral arguments, as it post-poned March ones last month. The FDIC today announced the first bank to fail under covid-19, First State in West Virginia. Failure-in-Chief's son-in-law failure, Jered Kushner, is now taking a leadership role in FEMA, all but ensuring that Michael Brown's leadership during Hurricane Katrina won't go down as the worst FEMA disaster response.

Life goes on for me. My March 14th (Saturday) shopping was the last time I went into a grocery store. I think March 15th was the last time in any store. Since then food, and everything else, has been delivery only. But I still see stores on my daily walks. My local grocery has installed plastic barriers between the cashiers and the customers. The flower display outside has been replaced with a portable rental handwashing sink. The last 24-hour business in the neighborhood has stopped that, and closes at 9pm now. That business, by the way, is a drug store. Lines outside stores, because they are limiting the number of people inside at any one time, are common now. 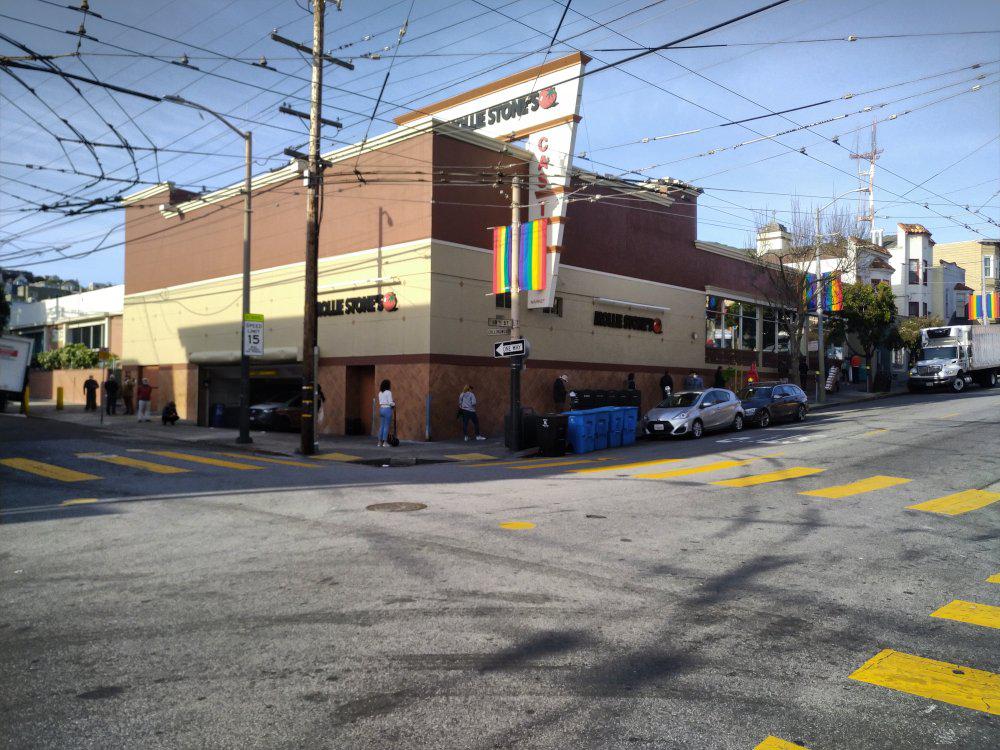 Someone I know tried to get a test yesterday. After going to a drive through testing facility, answering a lot of questions through a closed window in her car (using a cell phone), and then getting a quick exam through the open window by a suited-up doctor, she was turned away with no test. The questions along the lines of "are you a health care worker?" and "do you work with elderly or immunocomprised people?" led her to believe that the testing center wasn't going to offer a test to anyone with less than extreme symptoms or serious risk of spreading the disease. We are seriously triaging even testing, no wonder the numbers are apparently low.