About five years ago someone went around my neighborhood leaving plastic Easter eggs to be found. Inside each of those was a trinket, a small piece of candy, and slip of paper with an Instagram hashtag.

This year someone went around my neighborhood leaving plastic Easter eggs to be found. Inside each of these are one or more slips of paper with fortunes. I found five and opened two. 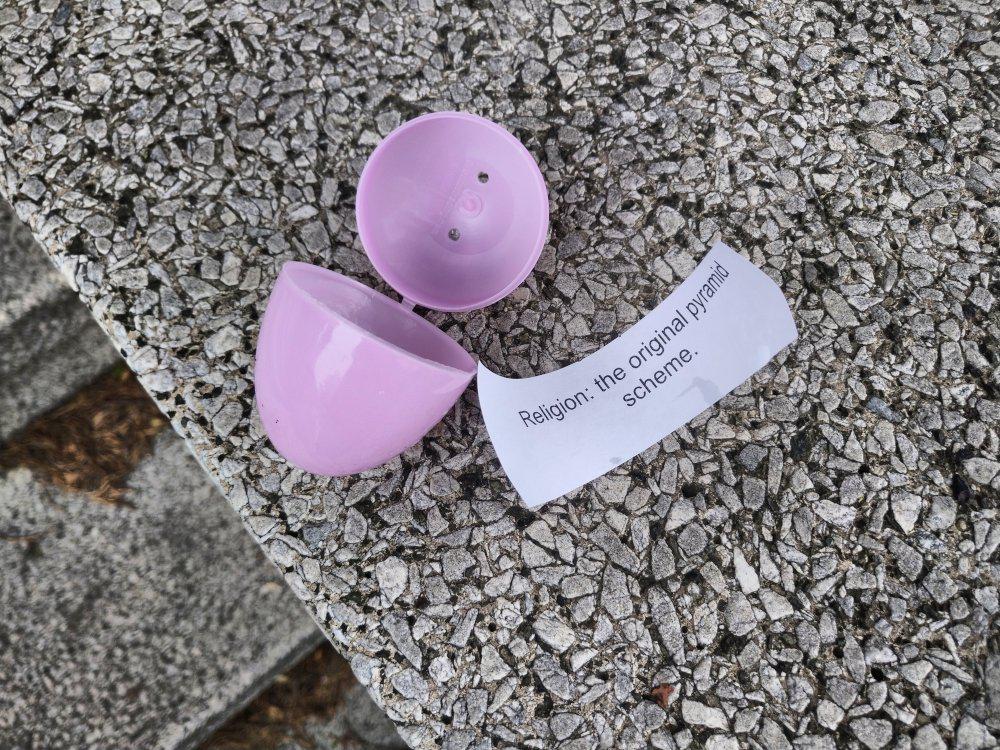 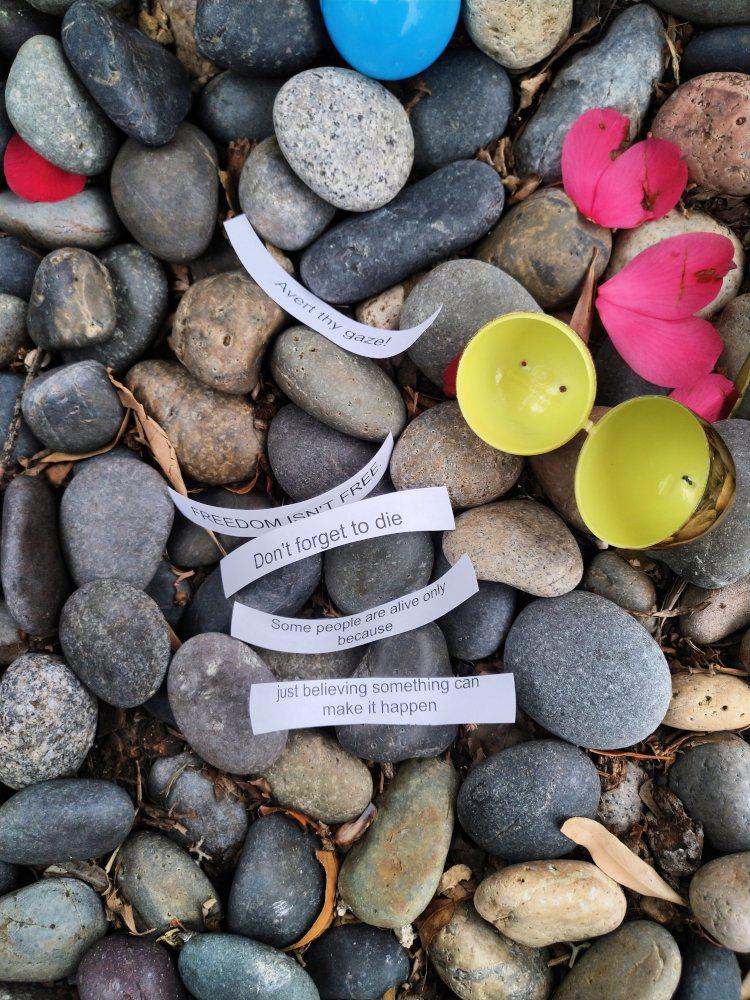 There were two eggs side by side here. I opened the gold one, and didn't touch the blue. (I closed the gold one back up and left it, minus a few of the meaner fortunes.)

I also found two fortunes, with no egg, left on the sidewalk. I presume someone kept the egg and ditched the slips. If I had to guess, I'd say this is the work of the same person who goes around the neighborhood putting up Inforwars propaganda. I saw him once, at night while walking dogs, pasting up a poster about flouride claiming the Nazis used it for mind control, with an infowars.com URL. Mostly I just see the handywork, not the worker.

Over the last year most of that handywork has apparently been in two forms. One is anti-vaccine messages in chalk on the sidewalk. I've seen a few get "corrected". VACCINES CAUSE immunity to disease

The other form has been messages inserted into / taped onto empty newspaper boxes. For example, this one from last July Fourth makes me think of the above "freedom isn't free" fortune: 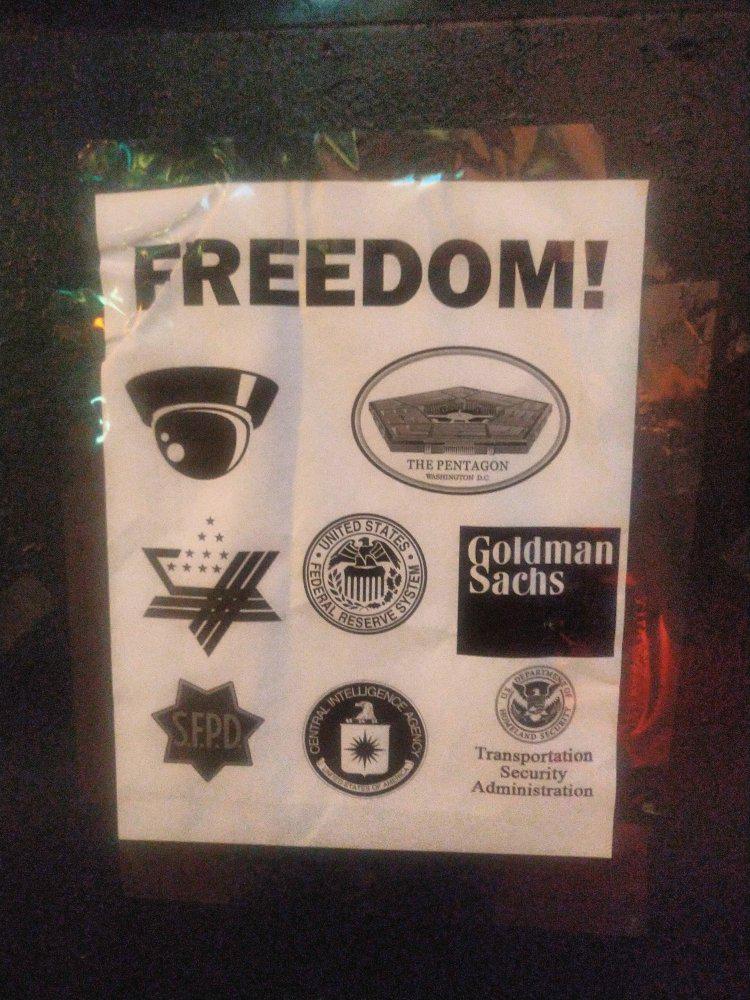 Is Goldman Sachs really a peer of the Pentagon and the TSA?