Once a month my dogs need to get dosed up. There's a pill for flea and tick prevention and a "treat" for heartworm. Willie hates them. The treat is inedible to him and the pill a terror. He is not tricked by embedding medicine in tasty things like cheese or hot dogs. So how to get him to take it?

This is a literal dog's breakfast of a meal. Crush the pill, finely chop the "treat". 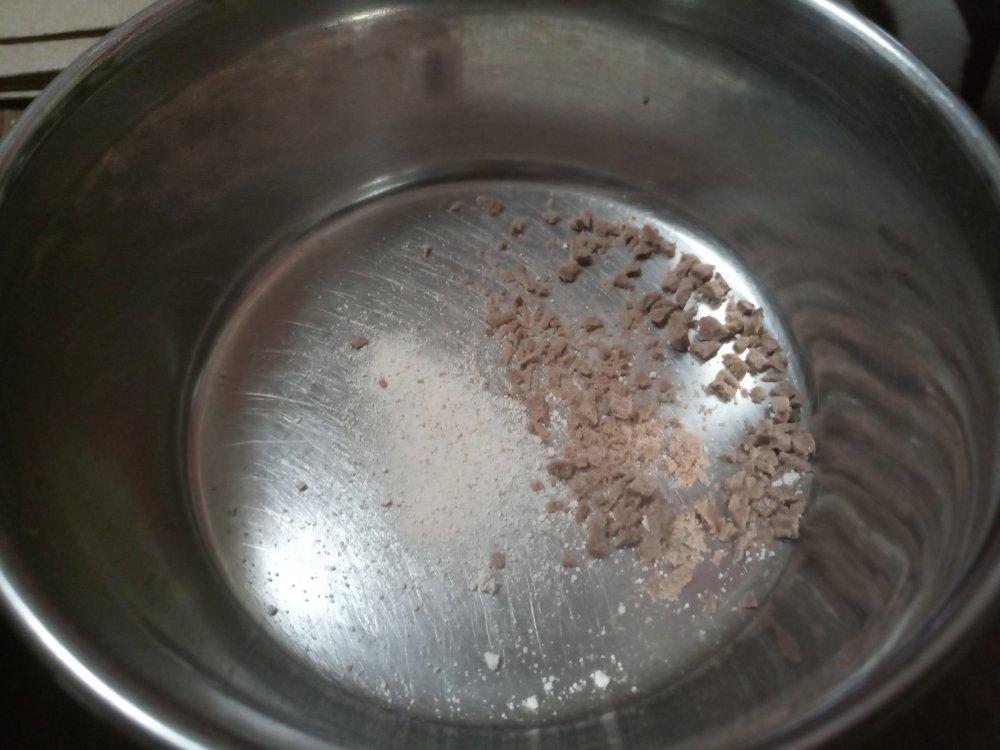 Add to that some of this and some of that, basically any dog-tasty leftovers in the fridge. Maybe like pesto linguini, grilled chicken, and french fries, then top with some crushed cheese crackers. Looking good, right? 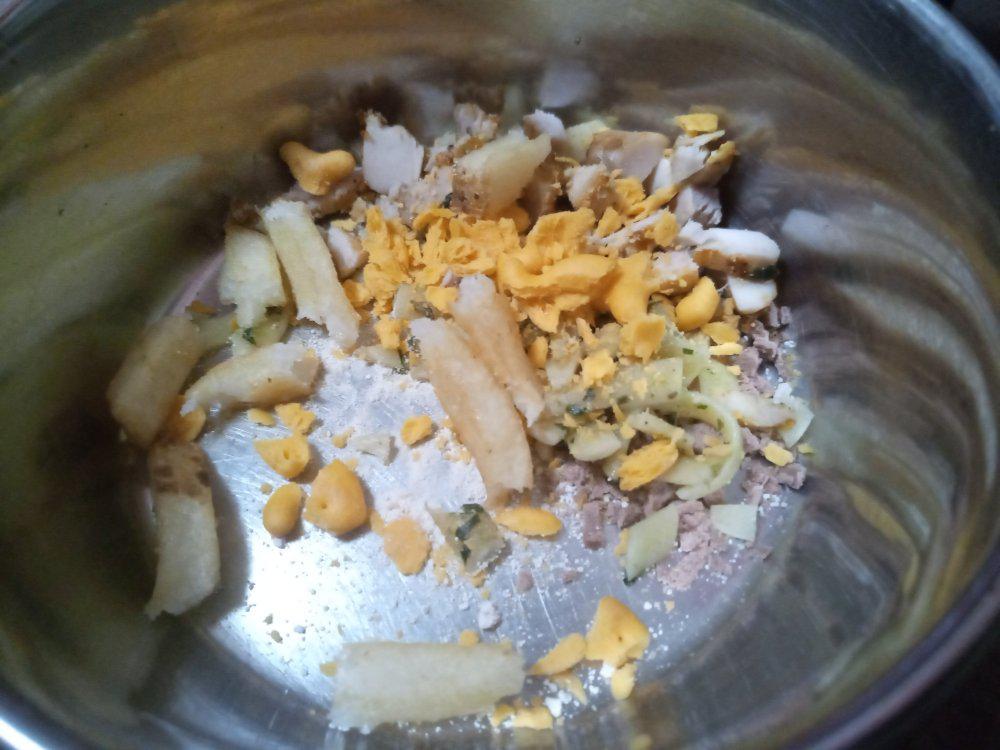 Now add a few pieces of kibble and dress with mayo and water. I use hot water to make it a warm meal. Delicious. 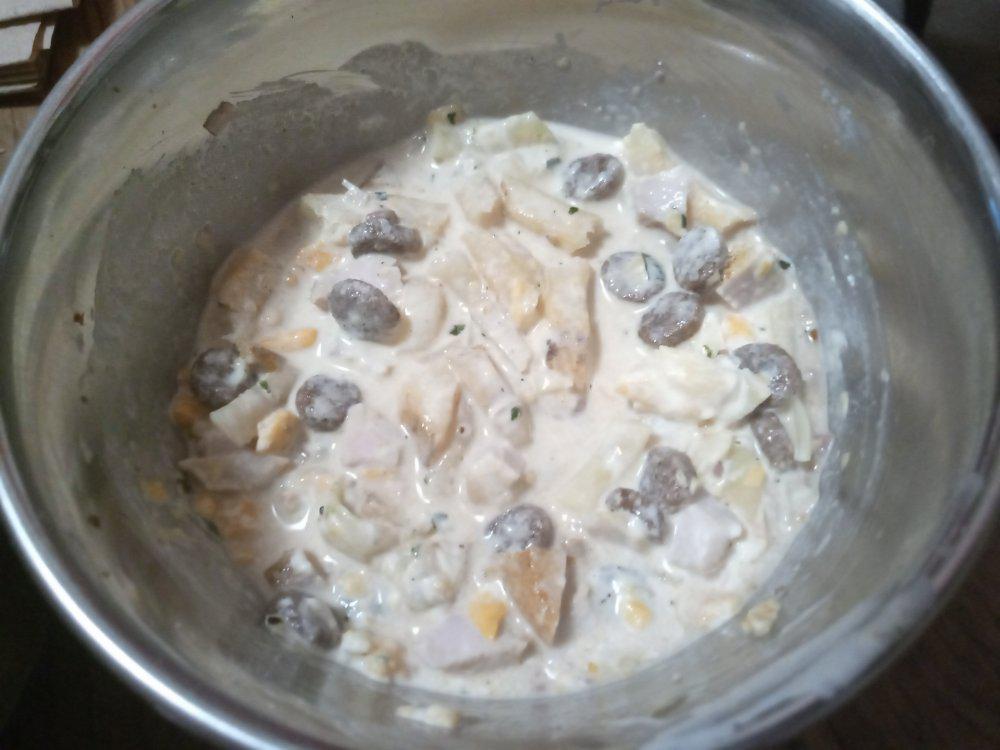 And that's how Willie manages to tolerate medicine. Hazel, on the other hand loves to eat and will easily accept pills in cheese or the like. She gets Special Breakfast to be fair, not because it's necessary. 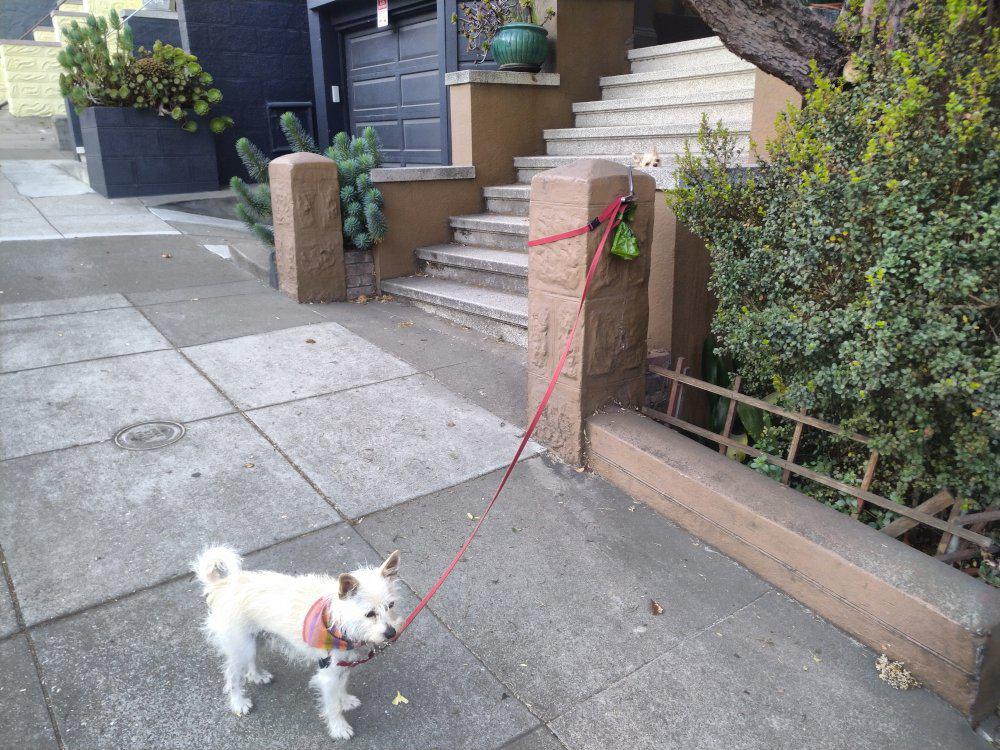 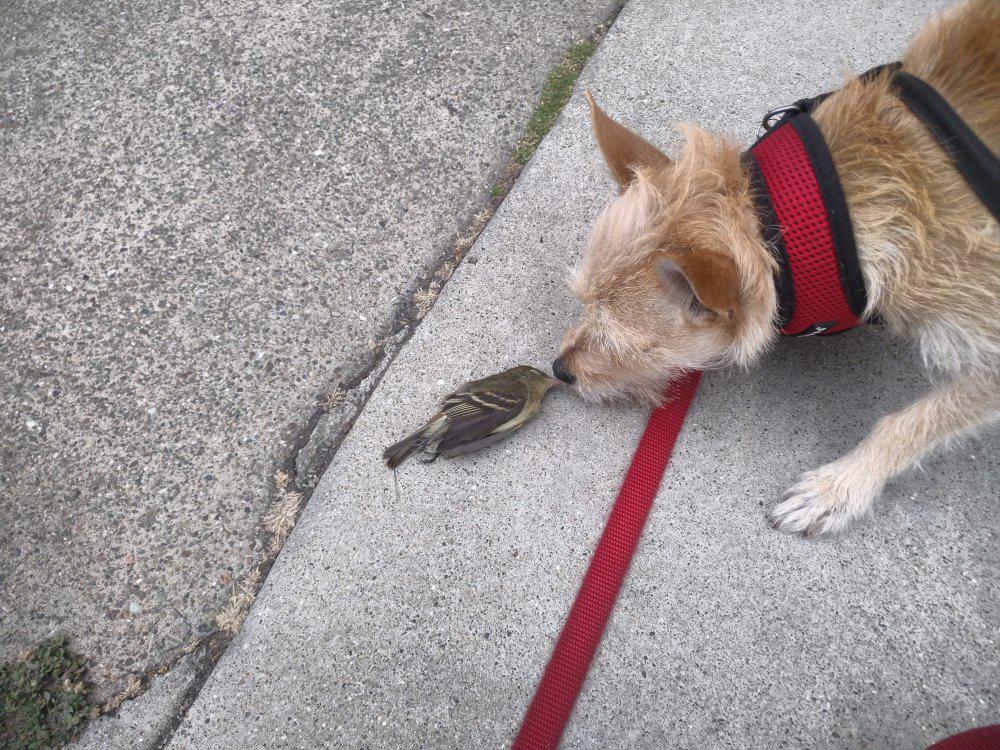 Fires up and down the Western US and so much bad air harming where the gires haven't themselves reached.

Hazel sniffed it and moved on.