Years ago I found some miniaturized games for sale. I don't remember how many were available, but I got Scrabble, Mousetrap, Etch-a-Sketch, and Monopoly. The Scrabble set had a tiny bag for letters, but not a complete set of letters. Mousetrap did have the full rube-goldberg trap, but lacked other pieces. Etch-a-Sketch worked. Monopoly came with a couple of markers (metal, magnetic, to stick to metal board) and dice, but lacked money, property cards, houses and hotels, and the various draw cards. Those small games still appealed to my taste in shrunken versions of things, working or not.

Now I find out there's a new maker of miniaturized games, going by the name "World's Smallest". And they have a Monopoly, too. 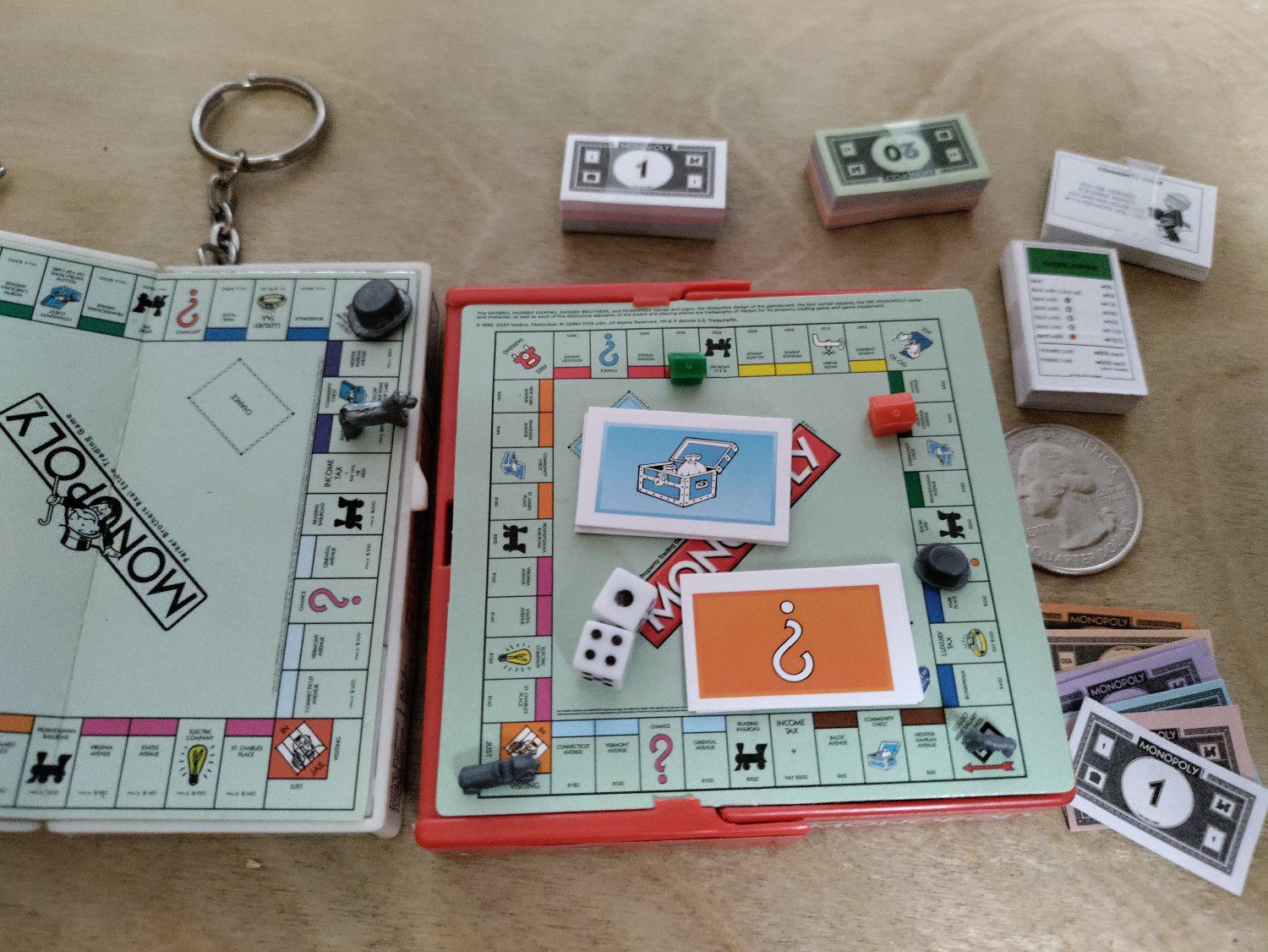 Side-by-side the older gimmick version (dated 1998) and the new World's Smallest (dated 2020) version. The board is about 3" square (around 75mm) on both. The quarter helps provide scale. 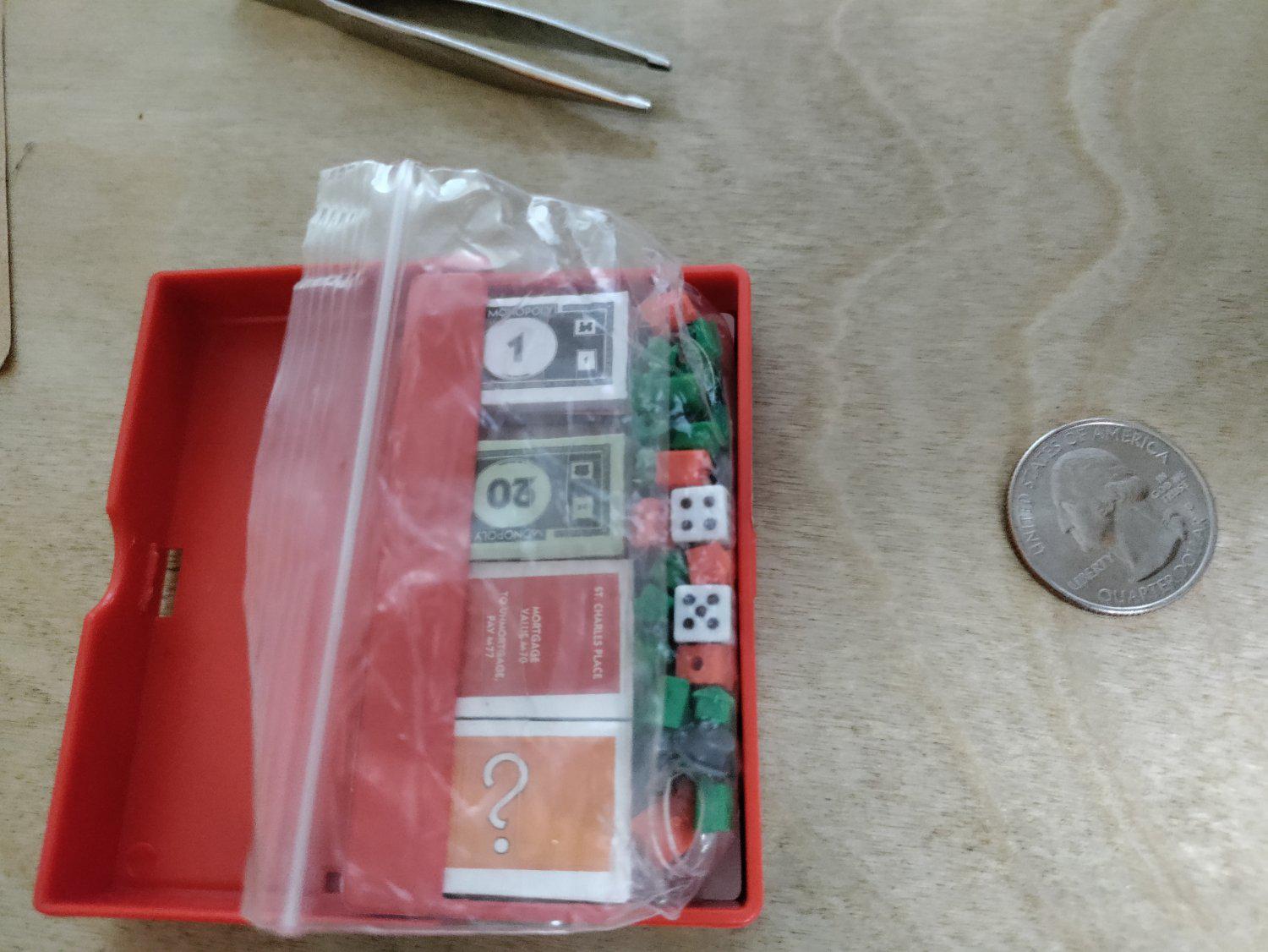 All of the game components (including the board) fit inside the 3" × 1.75" × 0.5" case. The older edition had a pull out drawer instead of a folding box. The drawer has much smaller storage capacity.

It's playable in the most technical sense. There are all of the pieces to play the game, but there are many ways this falls short. The houses are not the same scale as the board, so you can't fit two on a property. The Chance and Community Chest cards are also much larger than one would expect given the indicated spots for the draw piles. This board is cardboard, and the markers are plastic: no magnets to hold them down. The money is very hard to manipulate with one's fingers. And many people would want a loupe to be able to read the property cards.

Playable or not, if I saw a smaller edition, I'd still be tempted.